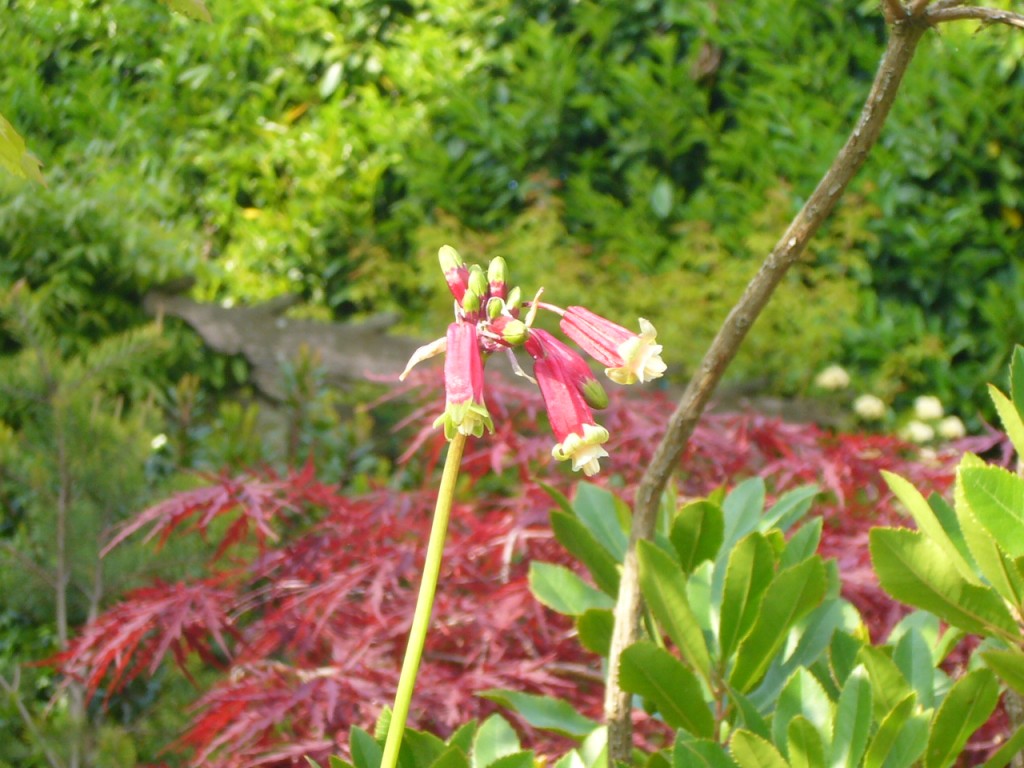 In bloom May 16th

I’m always looking for more plants that combine shades of red with the different shades of green in my garden, especially if it’s something I haven’t seen in anyone else’s garden yet. Yes, I’m one of those gardeners. When I first saw Dichelostemma ida-maia last July used as a cut flower I decided I just had to have it. 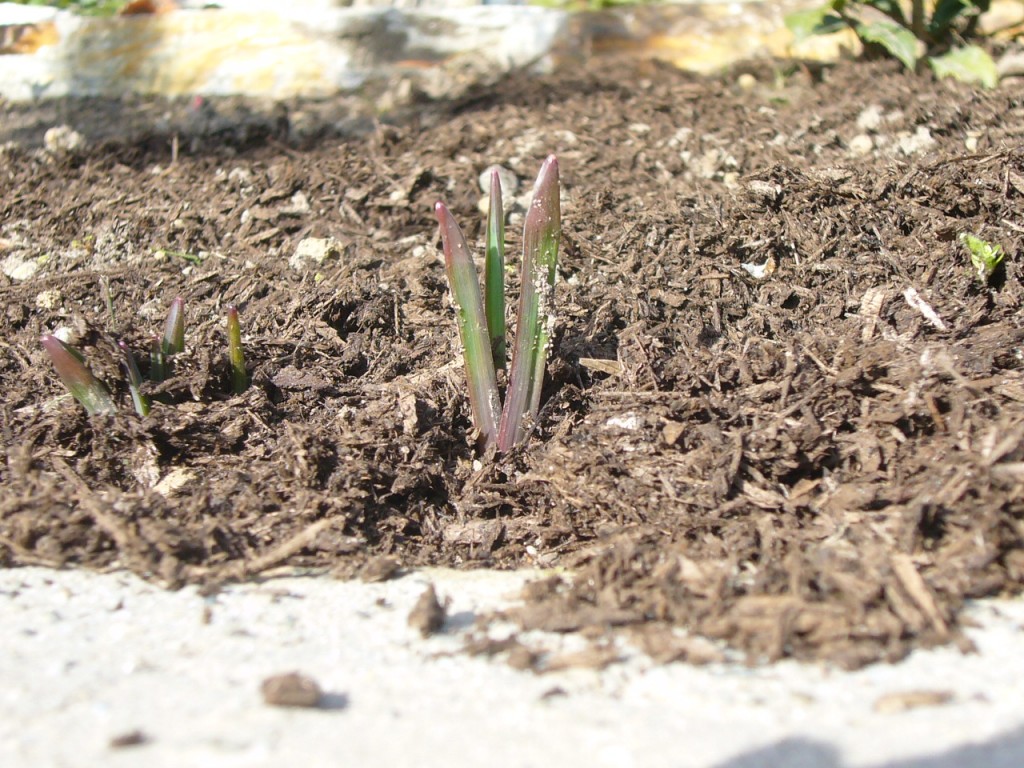 Dichelostemma ida-maia just pushing up through the earth in February

When I planted the corms in the fall I thought it wouldn’t be blooming until July so was surprised to see it already pushing up out of the earth in February!

The only thing I knew about it when I started my research was that it’s common name was California Firecracker and of course, I knew what the flower looked like. This little gem has a complicated history when it comes to its name. 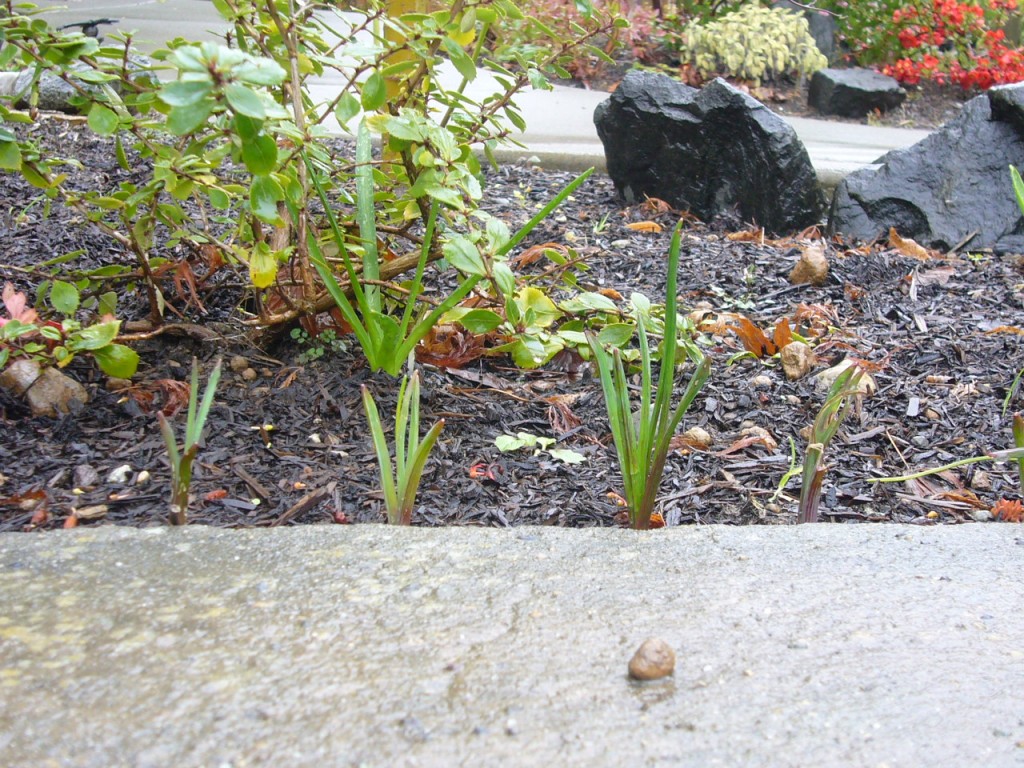 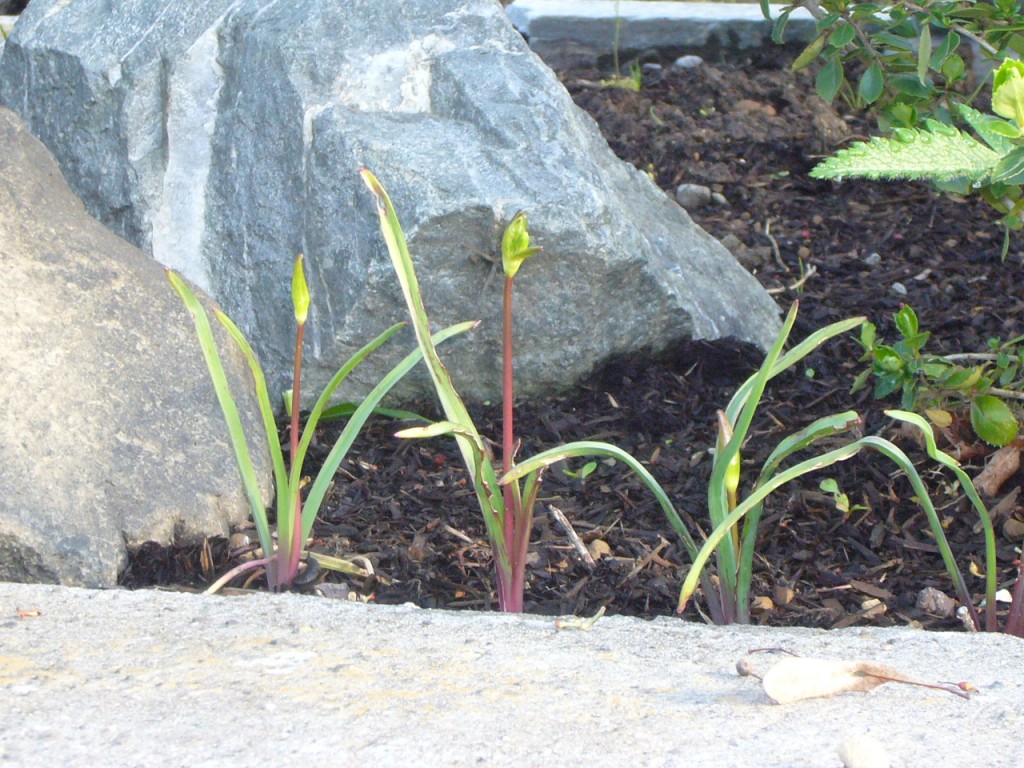 Buds are showing in early April

Finally, when the Dichelostemma genus was separated from the Broadaiea genus the California firecracker was classified as Dichelostemma ida-maia. 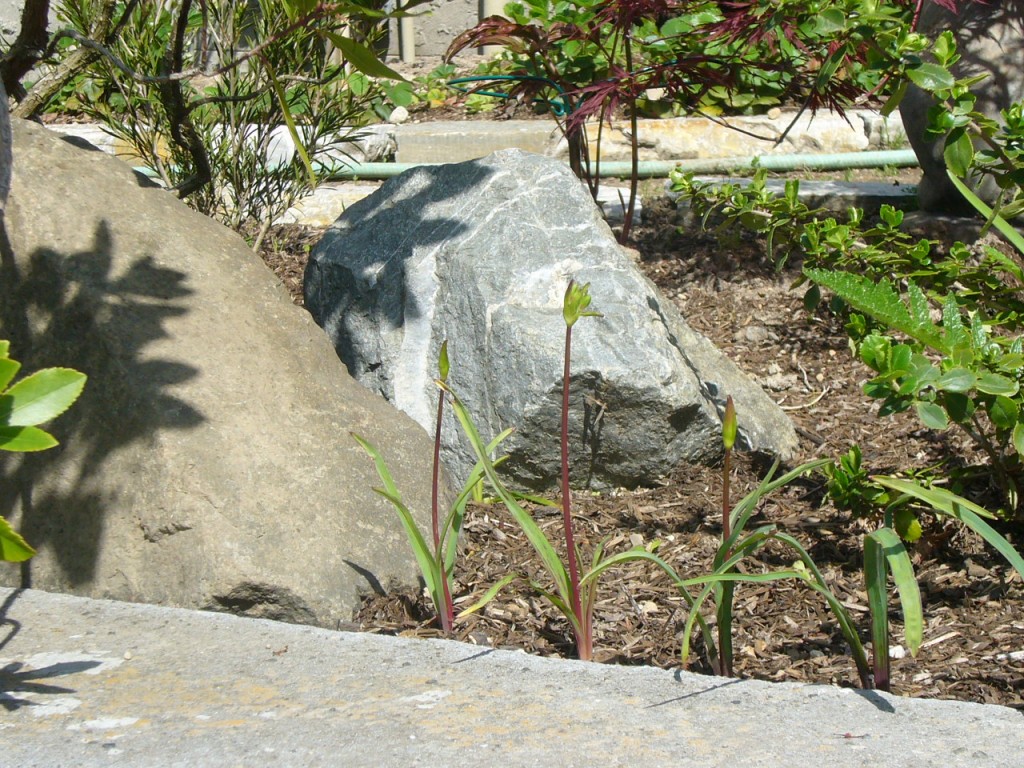 Getting taller in the mid-late April sun

Dichelostemma ida-maia (pronounced EYE-da MAY-a) was discovered by stage driver Harry Burke, who drove between Shasta City and Yreka in California. He named the flower after his little daughter Ida May who died around age 9. In 1866 (or 1867?) Harry brought the flowers to the attention of Alphonso Wood, a well known botanist and writer of botanical textbooks. 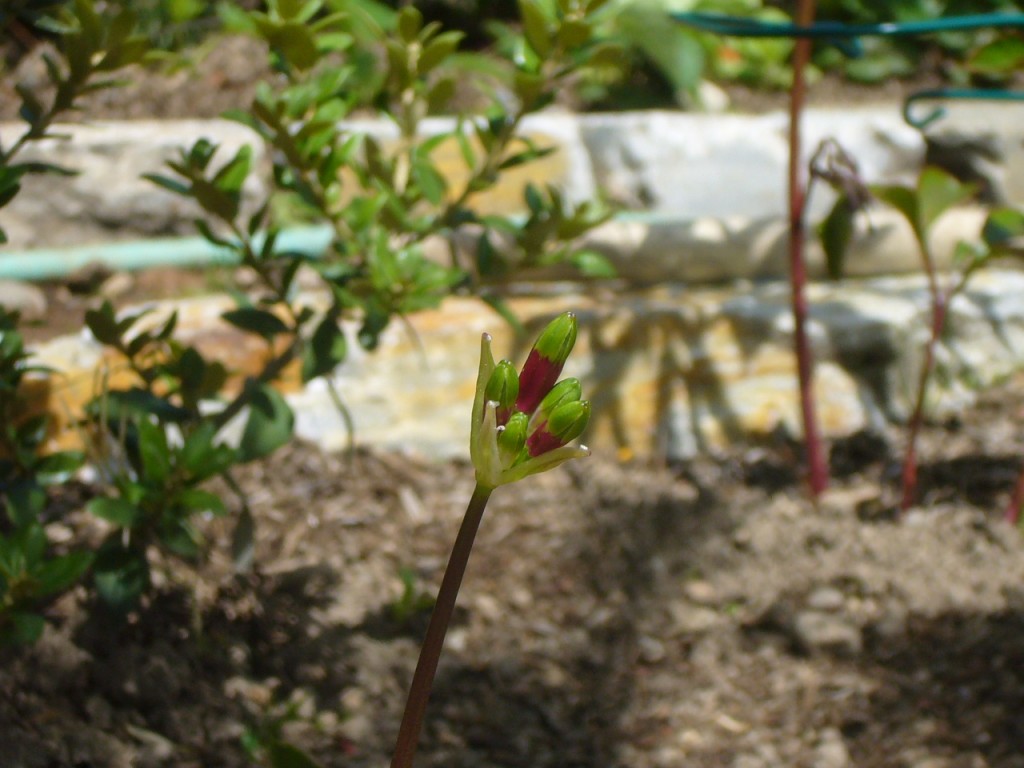 Blooms beginning to show on May Day (May 1st)

Some sources suggest that ida-maia is actually named for the date it was discovered, or its beginning bloom time of May 15th (the ides of May). Apparently the name ida-maia was intended by Wood to reference both the bloom time and Harry’s young daughter’s name. 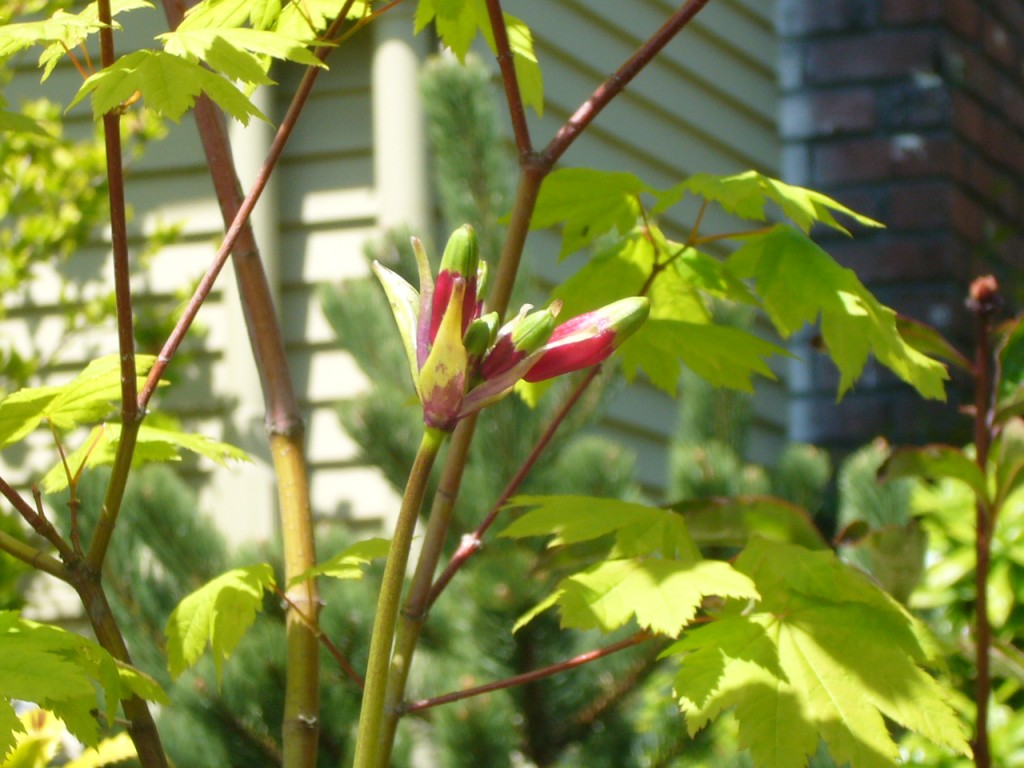 Some of the stems are fairly straight, while others curve and twist slightly. 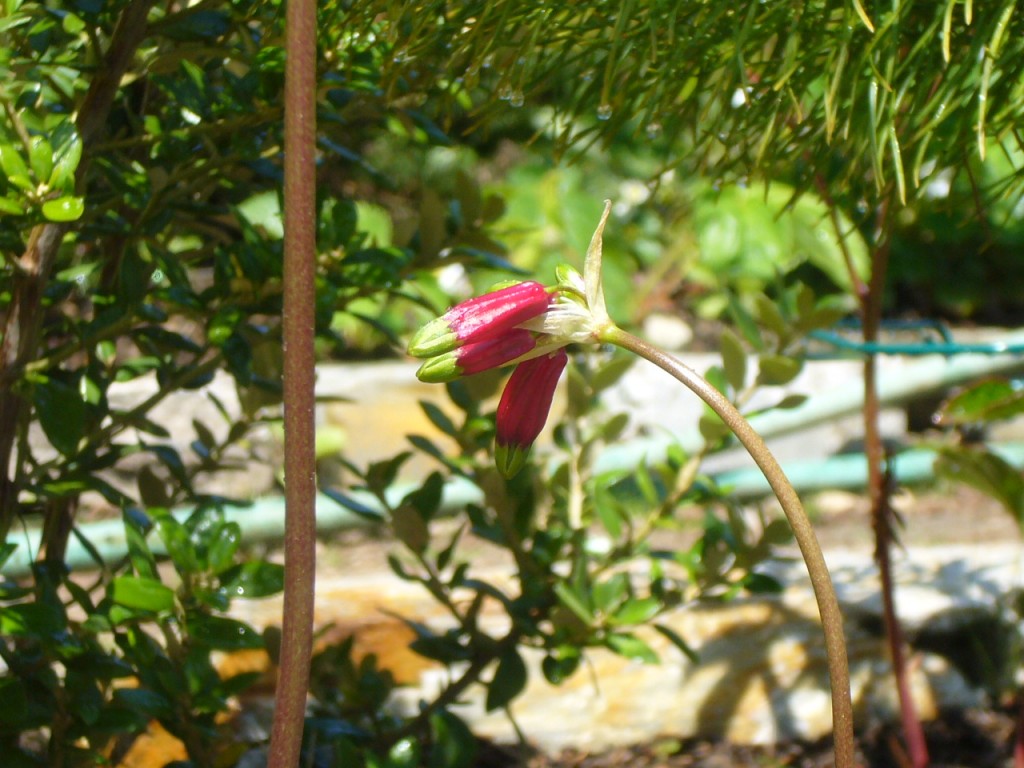 Stems can be curved or straight

Dichelostemma ida-maia typically blooms from May-July and is a fairly hardy native of California and Oregon. It can be grown easily in Seattle and probably other areas of the Pacific Northwest. Ida-maia needs to stay dry in the summer when it goes dormant. 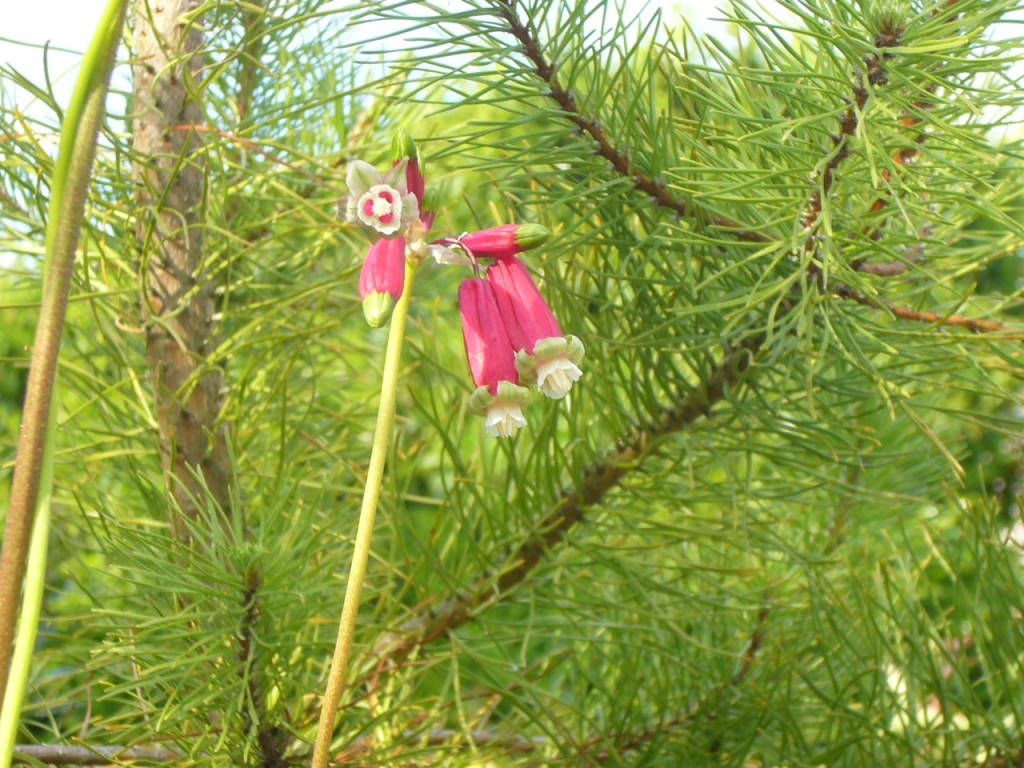 In full bloom May 16th

Ida-maia is said to attract hummingbirds. I haven’t seen any feeding on them yet, however, I think they would be here if it wasn’t for the territorial crows that have been wrecking nests mercilessly.